February 16, 2017. Developer Allods Team and global publisher My.com are excited to bring free-to-play action MMORPG Skyforge to PlayStation®4 users worldwide. In Skyforge, players receive the gift of immortality and enlist to protect their home planet – Aelion. A gorgeous world terrorized by invasions from alien civilizations and littered with powerful magic and technology. 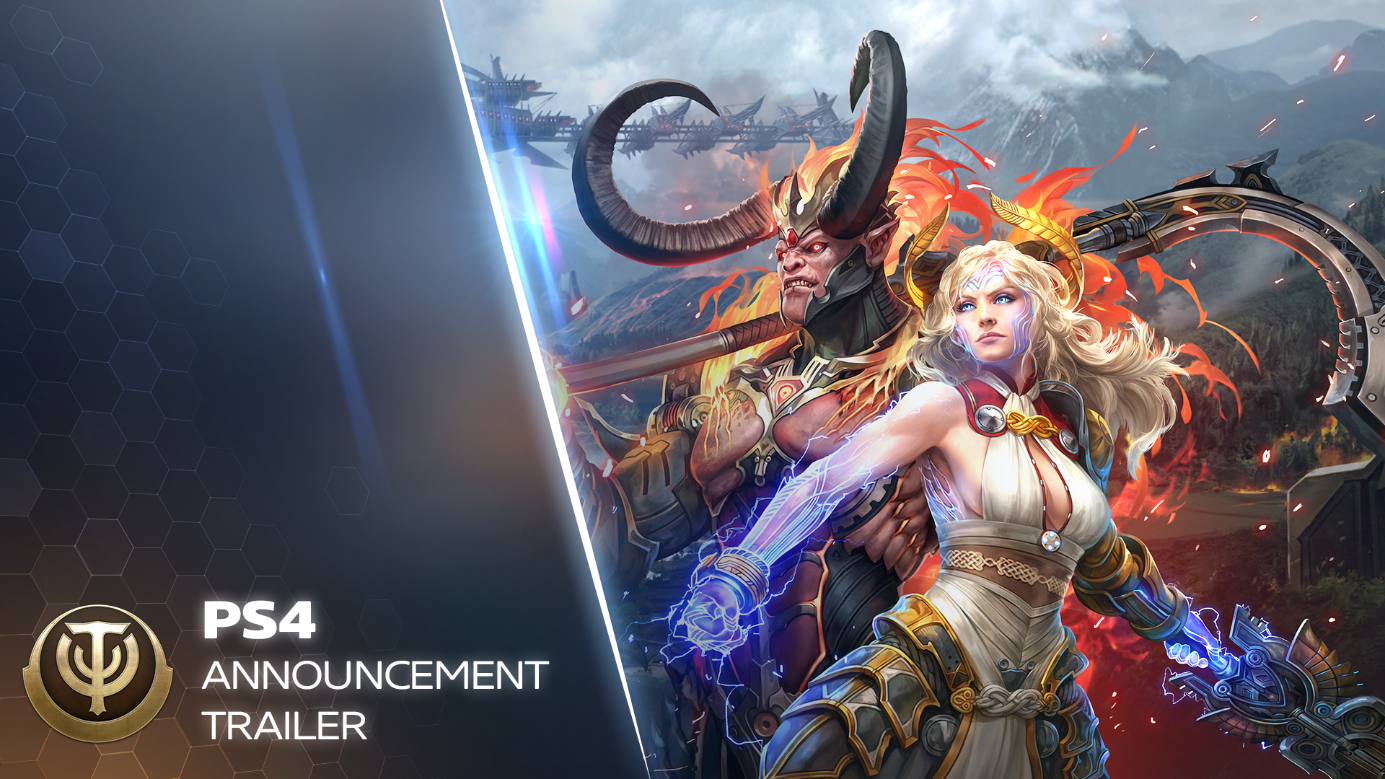 Players create and customize their own immortal hero and jump straight into the action to protect it from invasions. Skyforge offers a unique mix of sci-fi and fantasy and will ship to Playstation fans worldwide, with more than a year worth of enhancements and content additions that were made for the PC client version of the game. RPG fans can look forward to 14 wildly different classes that they can switch between on demand, and action fans will find combat mechanics they won’t come across in just any other MMO. Claim free rewards and see more details on Skyforge here.

Register now to receive your exclusive Immortal Pack when the game releases - for free! The Immortal Pack contains a Cyber Costume, Halo and Glowing Eyes, that are exclusively available in this pack. Additionally, for PS+ players when first logging in, we will add a whole set of extra rewards, including the Wings of Vows - a cosmetic item that will make them stand out in any crowd as one of the first Immortals. To claim the Immortal Pack simply follow the link below to our official Skyforge PS4 website and register with your PSN account. The items will be unlocked on accounts when the game officially launches in Spring 2017.

A new action MMORPG on PlayStation®4 set in the world of Aelion. Surrounded by other planets, Aelion is under constant threat of invasion. These otherworldly conquerors have attempted to seize and enslave Aelion’s population and eons of failed invasion attempts have left traces of strange alien technology and magic, transforming Aelion forever. Led by their great guardian god Aeli, the citizens have learned to use these technologies and magic against their invaders. Before his departure into realms unknown, the great god managed to share part of his life essence. This power would be passed on to Aelion’s most worthy daughters and sons to forever protect his beloved planet. And you have been chosen.

- Repel the invaders
Creatures from the deepest oceans, reapers from the pits of fire, and lifeless machines from the coldest wastelands, all threaten the existence of Aelion and all its inhabitants. Fight off the invaders to obtain new abilities and rewards!

- Enhanced PS4 Action Combat
Combat the offworld invaders with devastating skill combos and dodge their merciless attacks. Learn new skills and unleash the fury of your divine form once you have reached godhood. Collect equipment, fragments of armor, or parts of your enemies' bodies and turn them into dangerous weapons!

- Unlock 14 Classes and Switch Instantly between them
Begin your journey as a mere mortal and choose between 14 unlockable and interchangeable classes. Be a sinister Necromancer or even a Gunner with a monstrous, transforming plasma cannon. The choice is yours! Choose whatever class suits your playstyle, whenever you want. Obtain your DIVINE FORM by unlocking your ultimate abilities as a god and make the invaders rue the day they provoked your wrath!

- Explore A Universe of Content
Skyforge contains dozens of hours of entertainment with Campaign mode, and unlimited hours in various PVE and PVP game modes, all in over 100 locations. Group up with other immortals or fight solo. Play in open zones or short instances! Even the most dedicated players will find a vast variety of content available. Skyforge has something to offer for every type of MMO player.