MAPS.ME Users Make Over a Million Contributions to OpenStreetMap

February 17, 2017. During the nine months since the moment the MAPS.ME built-in editor was introduced, users have made over a million edits to OpenStreetMap. On average, MAPS.ME users from all over the globe make about 3,500 contributions a day. 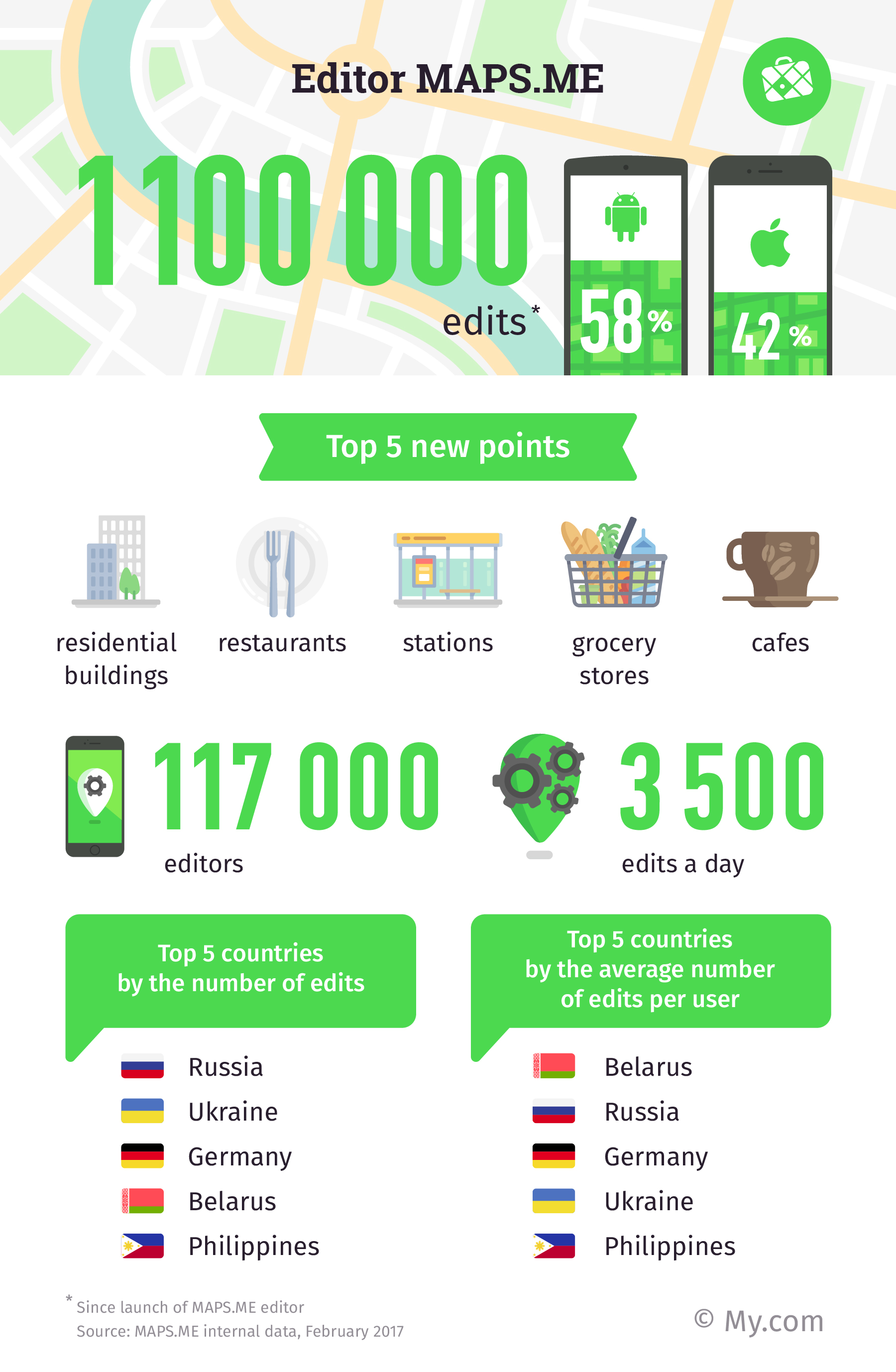 MAPS.ME is based on OpenStreetMap (OSM), a crowd-sourcing map developed by its own community — just like Wikipedia. The built-in OpenStreetMap editor was added to MAPS.ME app last April. The number of OSM editors and their activity surged thanks to this update, and the overall accuracy and relevance of maps has improved as a result. Today the number of editors in MAPS.ME exceeds 117,000, making MAPS.ME the No.1 mobile editor of OpenStreetMap in the world.

MAPS.ME users most frequently added residential buildings, restaurants, stations, grocery stores and cafes to OpenStreetMap. Over 595,000 new objects were mapped, information on some 360,000 objects edited, and approximately 145,000 notes for 231 countries of the world added in the nine month period. The owners of Android devices edit maps slightly more actively than iPhone and iPad users: 58% vs. 42%.

Russia is the leading country in terms of the number of editors, followed by Ukraine, Germany, the Republic of Belarus and the Phlippines. The top five countries by number of contributions per user is as follows: Belarus, Russia, Germany, Ukraine and the Philippines.

"The option to edit maps turned out to be in high demand among users, who have been making OpenStreetMap more detailed and clear with each passing day. People use our app not just to navigate while travelling, but also to make the world a better place by making life more convenient and easy for other users. Many international humanitarian organizations also use MAPS.ME to map important social facilities in distant regions, thus helping residents navigate through their own localities. This is exactly what the OpenStreetMap community is built on, and we are inspired by the fact that our editor has become such a popular tool to help it develop", comments Eugene Lisovsky, CEO of MAPS.ME.